Up to 20% performance improvement with Managed WordPress: Object Cache Pro now included with all plans 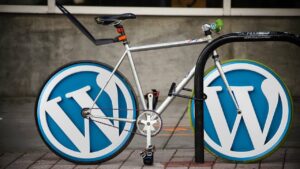 At GoDaddy, delivering great customer experiences is foundational to everything we do. By making Object Cache Pro available to all Managed WordPress plans, we are able to help deliver on that promise by enabling a high-performing Managed WordPress hosting experience for our customers.

As such, we took a major step down this path and are pleased to announce that Object Cache Pro, a premium plugin, is now included with all Managed WordPress plans, free of charge, as of Oct. 10, 2022.

Object Cache Pro was created by Till Krüss. For customers who are not on a GoDaddy Managed WordPress plan and do not have this plugin installed already, the plugin would cost them $95 per month in addition to their hosting costs

WordPress object caching is a system, built into core, that caches the results of MySQL queries and other time-consuming operations. This improves performance by having instant access to the results of queries the next time they are needed.

As a side effect, this caching offsets load from the MySQL servers and enables lower usage of these resources, thus enabling the servers to respond faster when MySQL queries are needed.

What came before Object Cache Pro?

Taking a step back, GoDaddy Managed WordPress had an object cache for years. However, there was still room for improvement. For example, the GoDaddy Object plugin was disabled once a user installed WooCommerce or logged into WP-Admin.

As a result, the experience on those workflows was not up to our performance standards.

The legacy object cache worked by using APCu as the backend for these cached objects. This presented a few challenges. The primary issue was the cache did not persist beyond the lifecycle of the PHP request.

Once the process was reaped, all cache would be lost. Secondly, to ensure security of the platform, the state of the APCu cache was not shared between processes, even for the same website.

As such, you would often see different cache states between processes on higher traffic sites. This could lead to inconsistent performance and behavior.

Due to the above points and GoDaddy’s drive to solve these challenges, it was clear that a new object caching solution would be required.

GoDaddy evaluated multiple object cache solutions, including building our own, and chose Object Cache Pro for a variety of reasons. The premium plugin checked quite a few boxes for us and our customers:

Let’s dig a little deeper into some of those points.

We knew APCu would not cut it for the previously stated reasons. That left us with Memcache and Redis. After evaluating both options, coupled with the active development of Redis over the past few years, Redis was the natural choice.

One key feature in Redis that heavily influenced this decision is their new implementation of ACLs. These ACLs let us ensure our customer’s data remains secure and is only available to properly authenticated users. In this case, that user is attached to their WordPress Site.

The big thing everyone asks is, “Did it make things faster?” The answer is, “Yes.” After launching Object Cache Pro, we measured an increase in performance of up to 20%, on front-end site performance. In edge cases, we witnessed a small number of sites getting up to 100% faster.

Aside from the performance gains on customer sites, we have seen a decrease in usage on our MySQL tier. This decrease is both in terms of CPU as well as data being transmitted over the network.

This capacity brought back by Object Cache Pro makes the environment perform better and more reliably.

Lastly, Managed WordPress has a data connection limit of 50 active connections. By enabling this cache, sites with high amount of MySQL queries/connections can serve more requests concurrently before reaching these limits.

Including Object Cache Pro at no cost for all Managed WordPress customers reflects our commitment to continually improve the platform — and increase our support for the open-source WordPress project.

We hope our Managed WordPress customers enjoy a better experience with Object Cache Pro, and we look forward to releasing more improvements to the platform.

The post Up to 20% performance improvement with Managed WordPress: Object Cache Pro now included with all plans  appeared first on GoDaddy Blog.

Need Some Help choosing or have any questions?
Contact our Sales and Support, we are here for you. 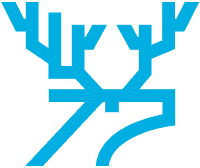 Get the latest news and Offers

*Third-party logos and marks are registered trademarks of their respective owners. All rights reserved.

*We don’t limit the amount of storage and bandwidth your site can use as long as it complies with our Hosting Agreement. Should your website bandwidth or storage usage present a risk to the stability, performance or uptime of our servers, we will notify you via email and you may be required to upgrade, or we may restrict the resources your website is using. It’s very rare that a website violates our Hosting Agreement and is typically only seen in sites that use hosting for file sharing or storage.

**Email account storage is limited to 100 email accounts with 100 MB of total storage.

***After the initial free year, the certificate will automatically renew at the then-current price until canceled. You can
cancel your automatic renewal certificate at any time.

*Google will blacklist sites that could be considered dangerous to visitors, which makes it nearly impossible for people to find you. We identify and resolve any blacklisting issues, so there’s no interruption to your business.

**As opposed to simply scanning for malware that may have already infected your site, our Web Application Firewall (WAF) provides around-the-clock, proactive protection to block malware from ever reaching your website.

***Our Content Delivery Network (CDN) stores your content on multiple servers around the world, which means visitors connect to servers that are physically closer to them. This speeds up your website’s performance by at least 50%.